Written by You Heard
Created: 17 September 2016 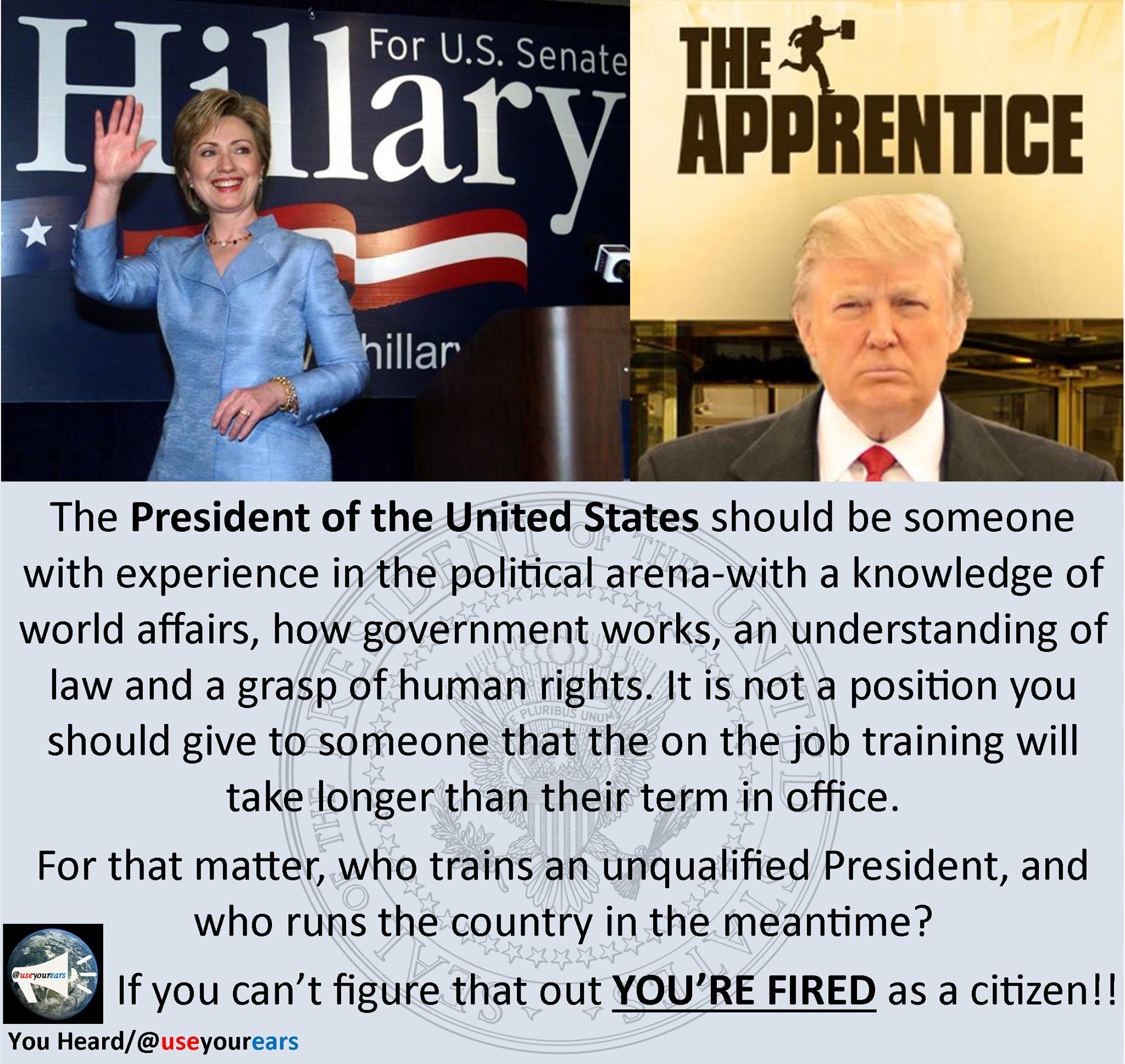 Top left picture of Hillary Clinton in front of a Hillary for U.S. Senate sign, top right promotional picture of Donald Trump under the logo of the show "The Apprentice." Underneath the text is on a grey background watermarked by the seal of The President of the United States.

The President of the United States should be someone with experience in the political arena-with a knowledge of world affairs, how government works, an understanding of law and a grasp of human rights. It is not a position you should give to someone that the on the job training will take longer than their term in office.

For that matter, who trains an unqualified President, and who runs the country in the meantime?

If you can’t figure that out YOU’RE FIRED as a citizen!!