Written by You Heard
Created: 21 September 2016 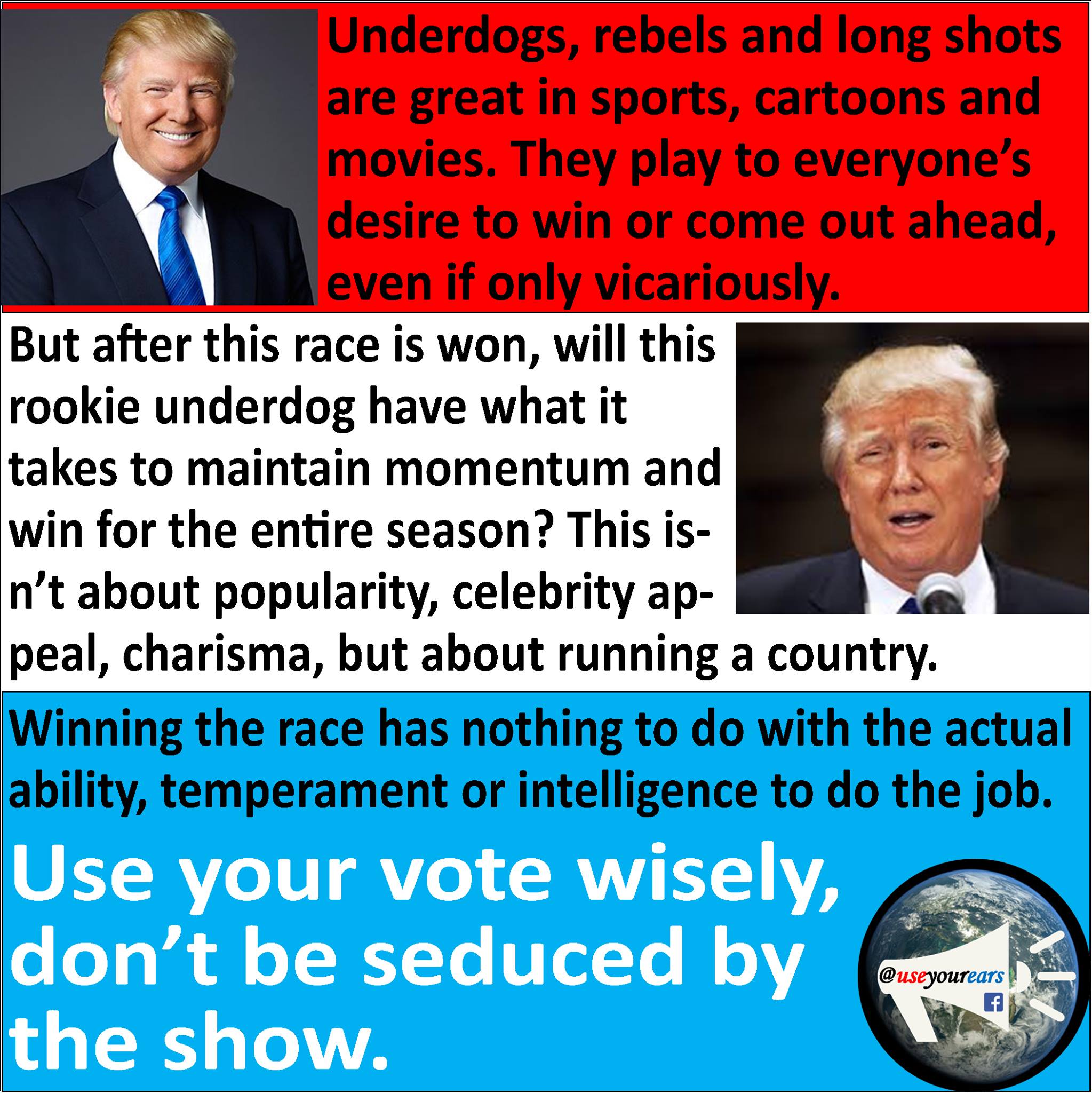 Underdogs, rebels and long shots are great in sports, cartoons and movies. They play to everyone’s desire to win or come out ahead, even if only vicariously.

But after this race is won, will this rookie underdog have what it takes to maintain momentum and win for the entire season? This isn’t about popularity, celebrity appeal, charisma, but about running a country.

Winning the race has nothing to do with the actual ability, temperament or intelligence to do the job.

Use your vote wisely, don’t be seduced by the show.