Written by You Heard
Created: 18 September 2016 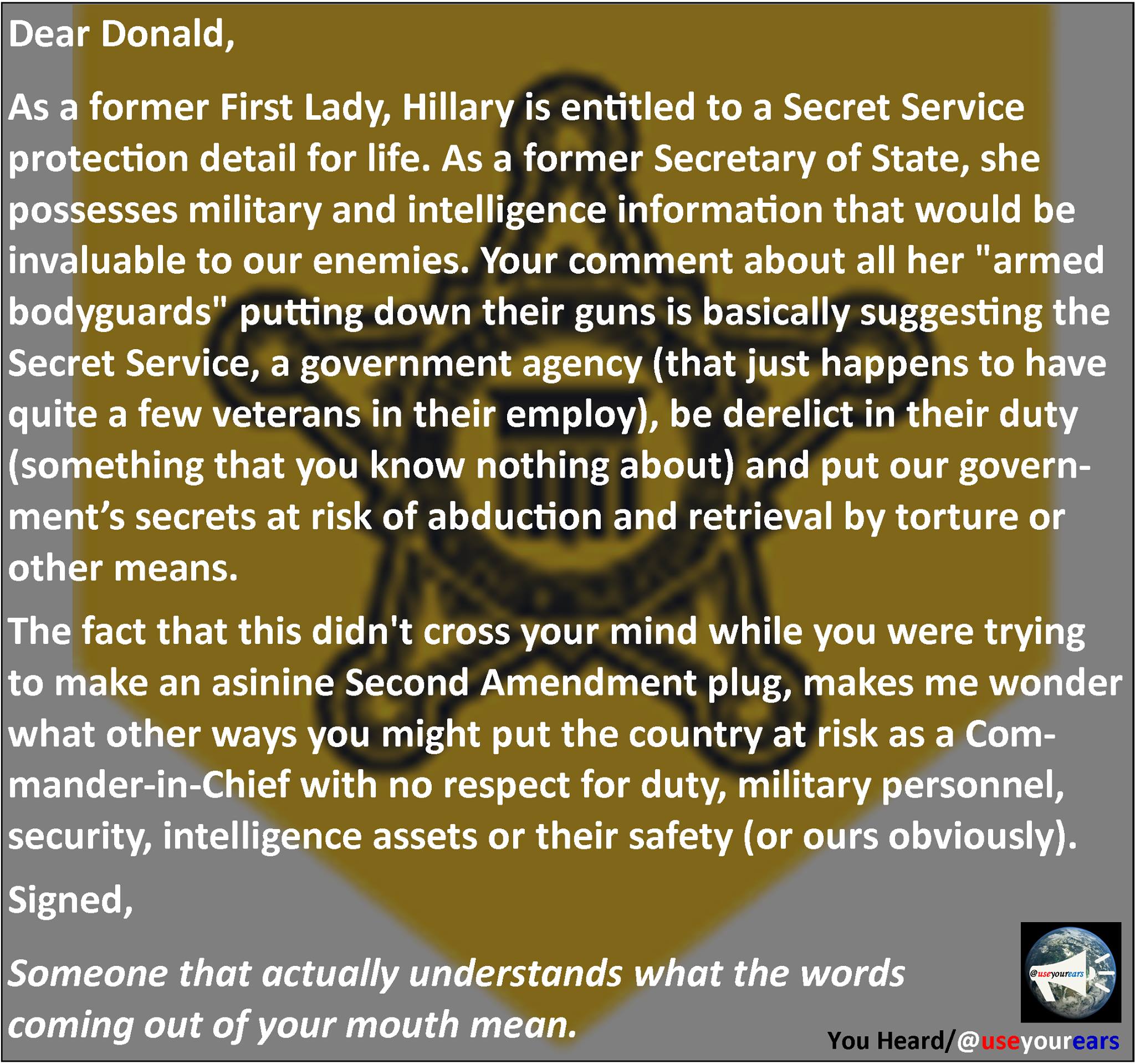 The background is grey with the black on yellow emblem of the Secret Service.

As a former First Lady, Hillary is entitled to a Secret Service protection detail for life. As a former Secretary of State, she possesses military and intelligence information that would be invaluable to our enemies. Your comment about all her "armed bodyguards" putting down their guns is basically suggesting the Secret Service, a government agency (that just happens to have quite a few veterans in their employ), be derelict in their duty (something that you know nothing about) and put our government’s secrets at risk of abduction and retrieval by torture or other means.

The fact that this didn't cross your mind while you were trying to make an asinine Second Amendment plug, makes me wonder what other ways you might put the country at risk as a Commander-in-Chief with no respect for duty, military personnel, security, intelligence assets or their safety (or ours obviously).

Someone that actually understands what the words coming out of your mouth mean.