Written by You Heard
Created: 20 September 2016 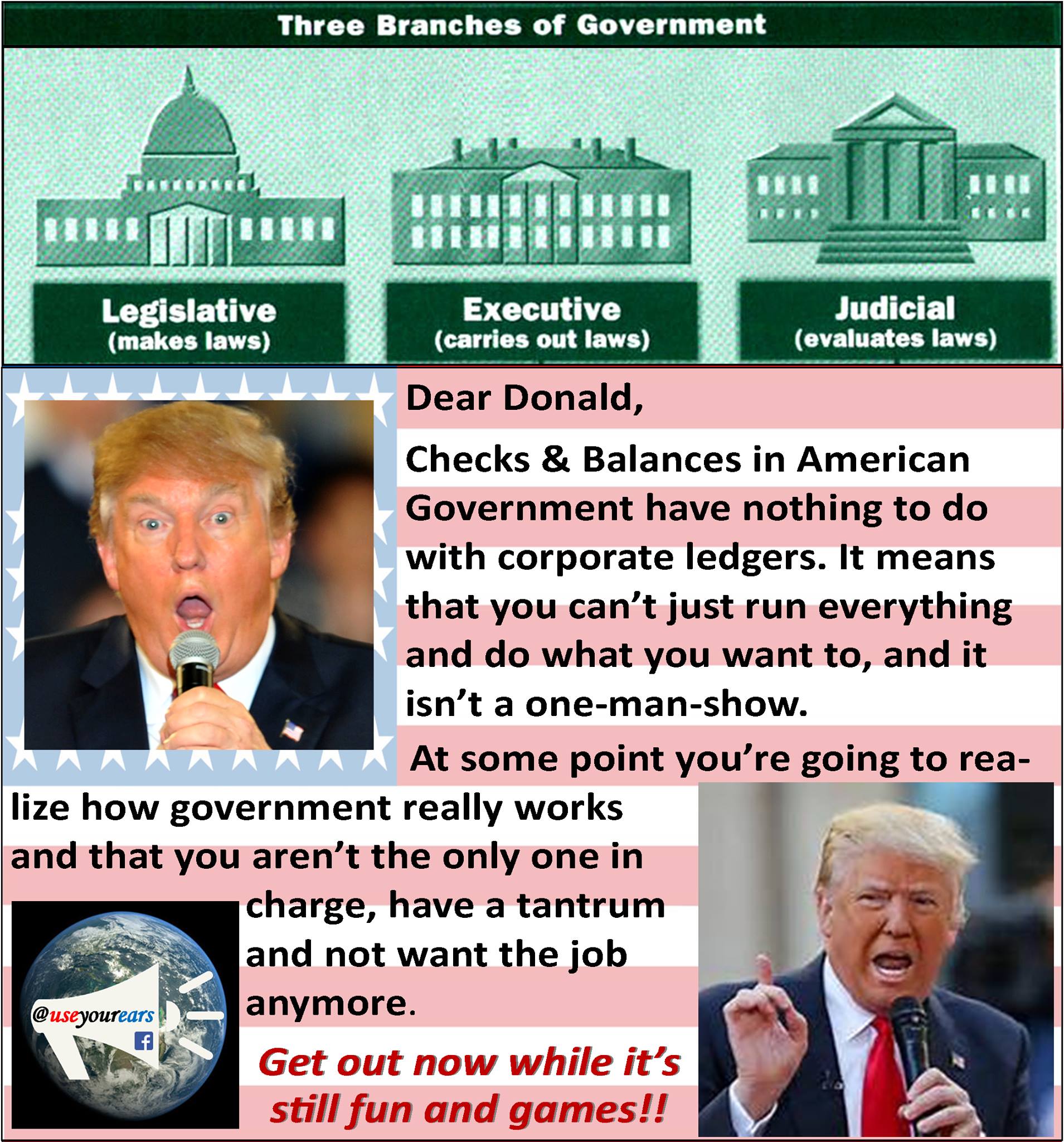 The top third is a graphic showing the three branches of government, with the Capitol Building representing the Legislative Branch that makes laws, The White House representing the Executive Branch which carries out laws and the Supreme Court building representing the Judicial that evaluates laws. The remaining two-thirds has the American flag as the background, with a picture of a surprised Donald Trump holding a microphone, mouth open, eyes wide, center left over the stars. On the bottom right, what looks like an upset, yelling, red-faced Donald Trump, holding a microphone in his left hand while his right hand is at shoulder level, index pointed up, thumb and second finger touching, as if to to make a point.

Dear Donald,
Checks & Balances in American Government have nothing to do with corporate ledgers. It means that you can’t just run everything and do what you want to, and it isn’t a one-man-show.

At some point you’re going to realize how government really works and that you aren’t the only one in charge, have a tantrum and not want the job anymore.

Get out now while it’s still fun and games!!